Rules for Visualization – Part 2: Ten Beliefs that You Should Toss Out the Window

Meaning, discernment, and the fascinating relationship between words and images – this is what visualization is all about. If you not only know the rules for visualization, but also know which conventional wisdom and beliefs you should toss out the window, it makes it easier to translate concepts into visual language.

“A picture is worth a thousand words” – really?

There’s no doubt you’ve heard the saying that a picture is worth a thousand words.

I’ve heard it a lot, myself. It’s often the first thing people think of when they begin to learn about visualization, and in fact, many articles that have appeared in the press about the work we do at bikablo akademie have started off with this saying. In my opinion, though, it doesn’t go far enough – because it then creates a belief that can make your life as a visualizer unnecessarily difficult.

Belief #6: A picture is worth a thousand words.

Maybe. But, especially in visualization, it is important to understand words and images as two separate partners, each with a different purpose. Words convey facts, while images can support an assertion, make it more emotional, link it to other information, contradict it, clarify it, or help us to remember it. Visual facilitators who think that they can communicate everything better and more clearly through images, and who fail to include text on their presentation posters, quickly fall into a trap. They are creating image puzzles that almost no one can understand because there is no text to provide context. 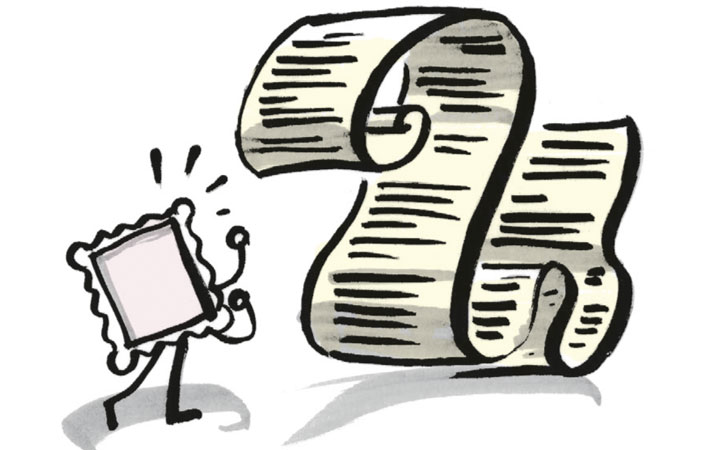 Belief #7: The information presented in a visualization should be self-explanatory.

Not necessarily. For instance, small thought sketches can be used to help us develop our own ideas, or they can be created spontaneously during a conversation. We call this “sketchnoting” or “thought sketches.” For sketchnoters, these little drawings are enormously helpful to their own thought processes, for instance, by helping them to take an idea further. No one else needs to be able to understand the sketches – to an outsider, they may even look like a meaningless bunch of scribbles. Even the sketchnoters themselves may not remember the next day what it is they have drawn. As long as thinking with their pens helps them to arrive at a perfectly-timed solution, that’s all perfectly fine. 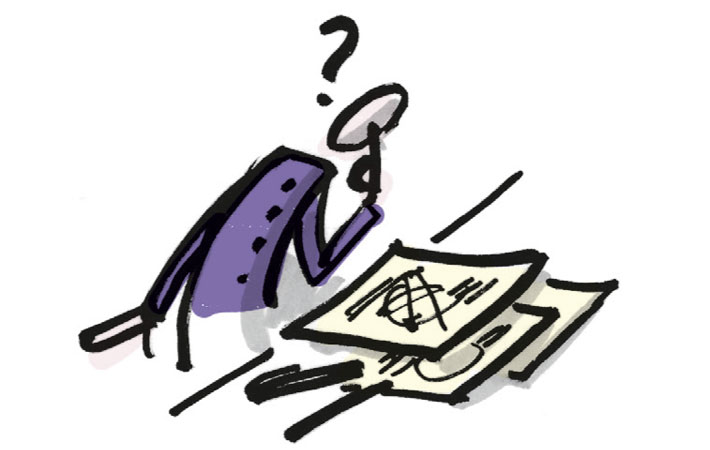 No – quite the contrary: when, during visual dialogue, the visualizer’s drawings are rough, it helps to lower other people’s fear thresholds when it comes to picking up the pen themselves. It doesn’t matter if the lines are straight or not, or whether the figures and pictograms are correctly proportioned. The objective of visualization is not beauty, but rather communication. Even badly-drawn sketches have the ability to convey meaning—and that’s something to be proud of.

Belief #9: Every term has a visual metaphors.

No, not always … and people who want this to be so often lose their enjoyment in visualizing. It’s best to separate yourself from the idea that there is a single visual translation for the information you want to convey. There can be an infinite number of ways to visually represent an individual topic – or, sometimes, there may be none at all. For instance, the word “hunger” has so many different connotations that it is very difficult to reduce it to a single image, the way you can represent “love” by drawing a heart. Before you despair, though, try taking a core message and illustrating it in the context of a particular situation.

Belief #10: The more complex, the better?

Good grief, no! There is a limit to the amount of visual complexity that can be “digested.” Once that limit has been exceeded, everything becomes needlessly complicated and incomprehensible. No matter what medium you’re using – always try to devise a core message and to use simple visual anchors to support your argument. An endless array of diagrams, arrows, text, and graphic decoration will only confuse everyone. And as we know from “Miller’s Magical Number,” our memory can only retain seven things at a time.

MORE ARTICLES ON THIS TOPIC With “Fridays for Future” a fascinating worldwide youth movement has emerged. bikablo supported the summer congress in Dortmund with graphic recording and visualization trainings. 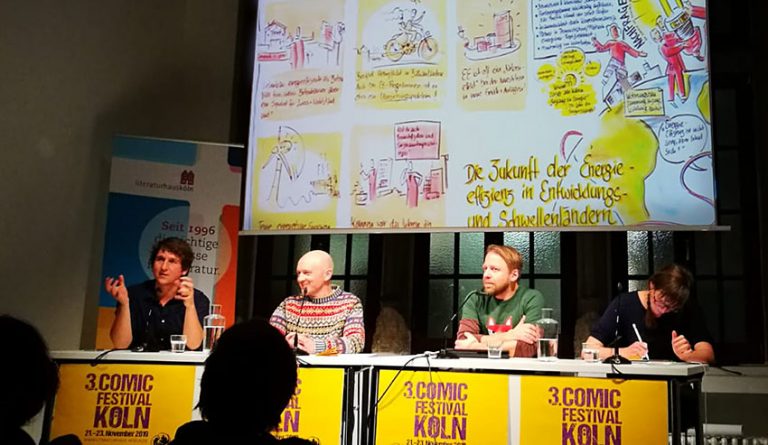 Closer than we thought: Visualization and Comics

What do graphic novels and graphic recording have in common? This is the question bikablo asked itself in a conversation with the comic artist Oliver Scheibler at the Comic Festival in Cologne. An experience report with surprising insights. 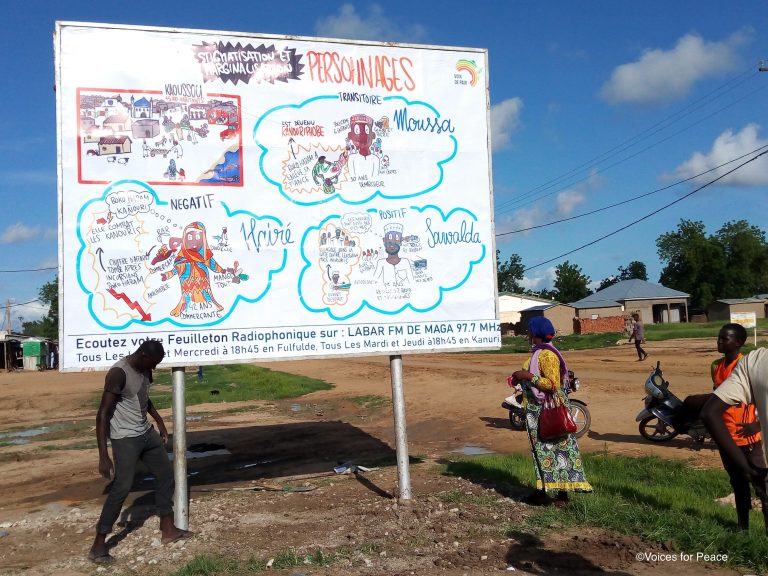 How to create an educational radio soap with a pencil

Interview with visualizer Filippo Buzzini of ‘Sketchy Solutions’, who helped us with a project in West Africa.

Subscribers to our newsletter are always the first to receive updates about: upcoming training dates, discounts, events, visualization tips, and much more.